I have been guiding birding safaris in Botswana for almost 20 years but the thrill of seeing a Pel’s Fishing Owl never wears thin. Sometimes they can take hours to find, sometimes you don’t find them at all but the reward of seeing those eyes, like two deep, black pools gazing down at you from that tawny orange face is well worth the effort.

Another birding spectacle which never fails to impress is the sight of a colony of Southern Carmine bee-eaters taking flight in an explosion of carmine and blue from their cheek-by-jowl nests in the banks of the Okavango River. Both the Pel’s and the Carmine bee-eaters are easiest to find in the Okavango Panhandle. Other specials in the Panhandle include White-backed Night-Heron, Brown-throated Weaver, Brown Firefinch, Western Banded Snake-Eagle, Greater Swamp Warbler and Black-faced Babbler.

Chobe National Park along with the gateway town of Kasane provides some of the most diverse birding in northern Botswana. With the combination of riparian woodlands, floodplains, acacia woodland, teak woodland, grasslands and open savannah, it is not uncommon to clock over 150 species in a single day. My personal best is 186. There are certain spots along the Chobe River where patient birders are almost guaranteed to see the elusive African Finfoot, the only place in Botswana that this bird is found.

In the same habitats you might be lucky to hear the high-pitched peep that announces the presence of the gorgeous Half-collared Kingfisher, the most elusive of the fish-eating kingfishers. During the summer months the list of specials in this area is endless but some of our favourites include Racket-tailed Roller, Emerald Cuckoo, Rosy-throated Longclaw, African Snipe, Broad-tailed Paradise Whydah, Orange-winged Pytilia, Lesser Jacana, Coqui Francolin, Three-banded Courser and Pennant-winged Nightjar.

With a good guide and two weeks on safari in Botswana you could expect to rack up a species list in excess of 300 species or over 400 if you tag on another 6 nights and take in the highlights of neighbouring Namibia and Zambia.

Birding in Botswana is pretty good throughout the year but if you are a keen birder you need to take your safari between October and April when the Palearctic migrants have arrived and the resident birds are all in breeding plumage.

By Brent Reed. Director of Letaka Safaris, a company owned and run by brothers Brent and Grant Reed since 2000. 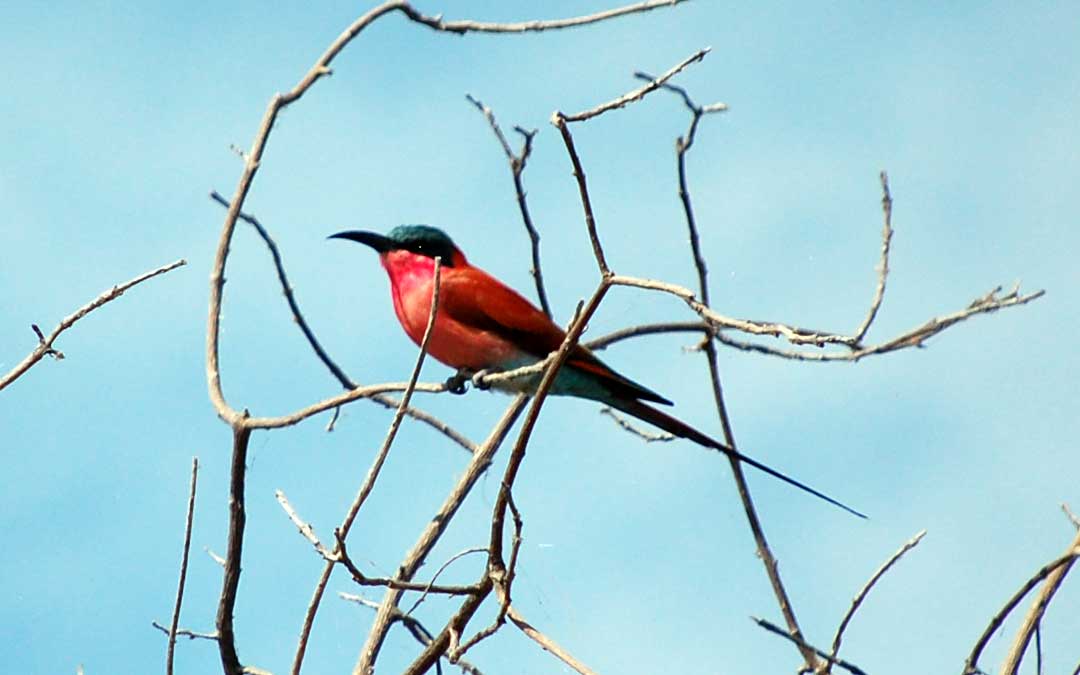 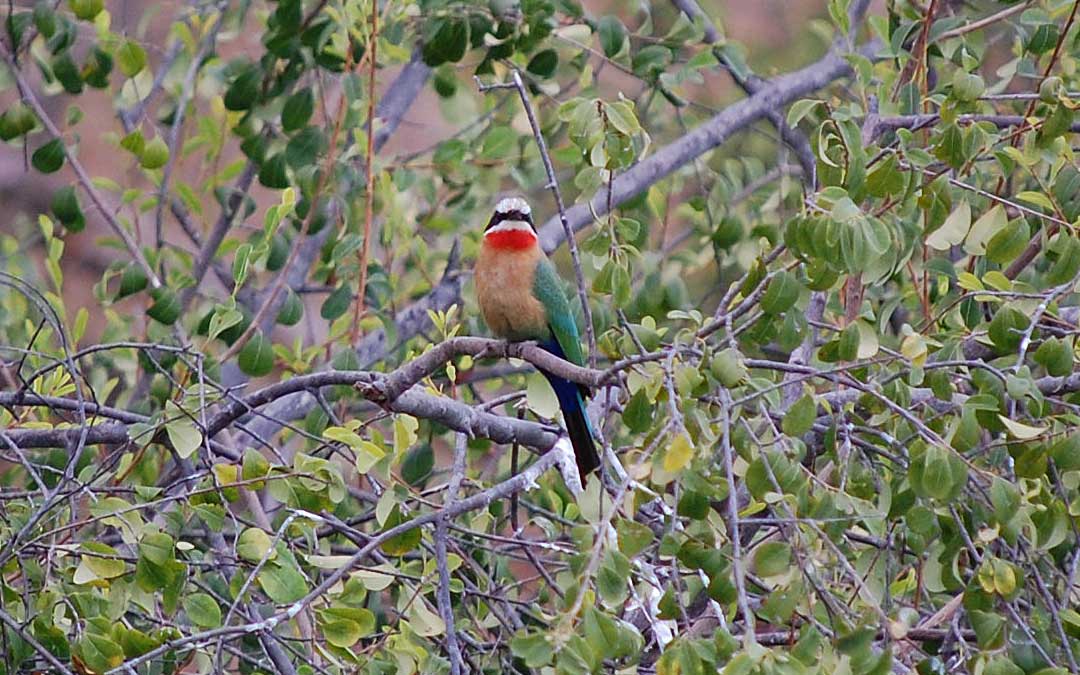 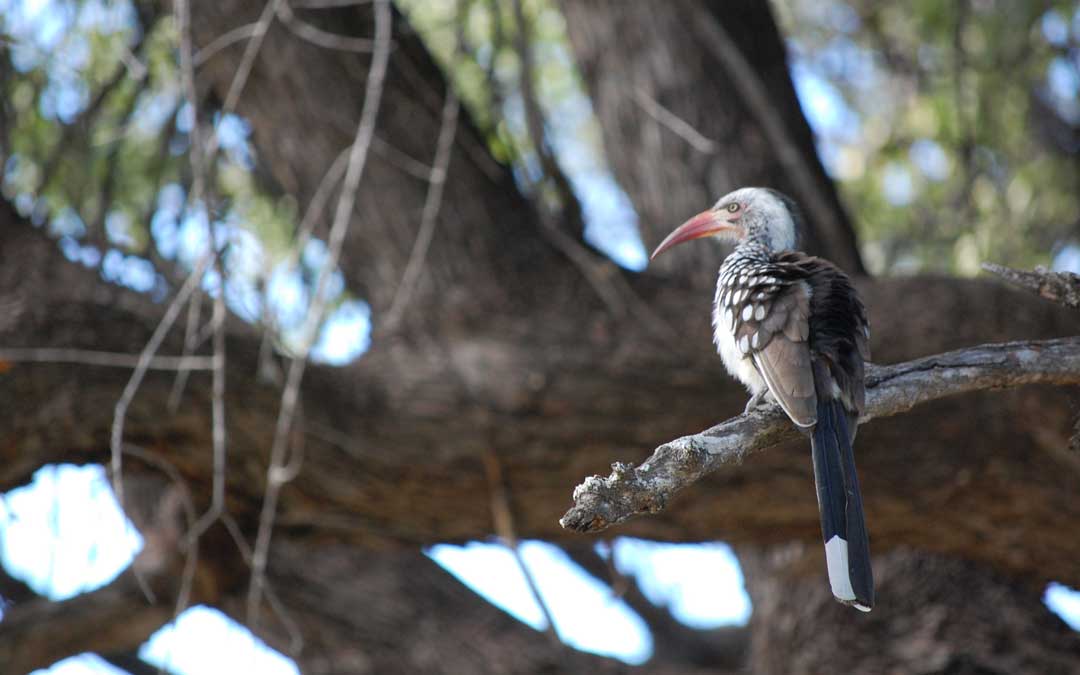 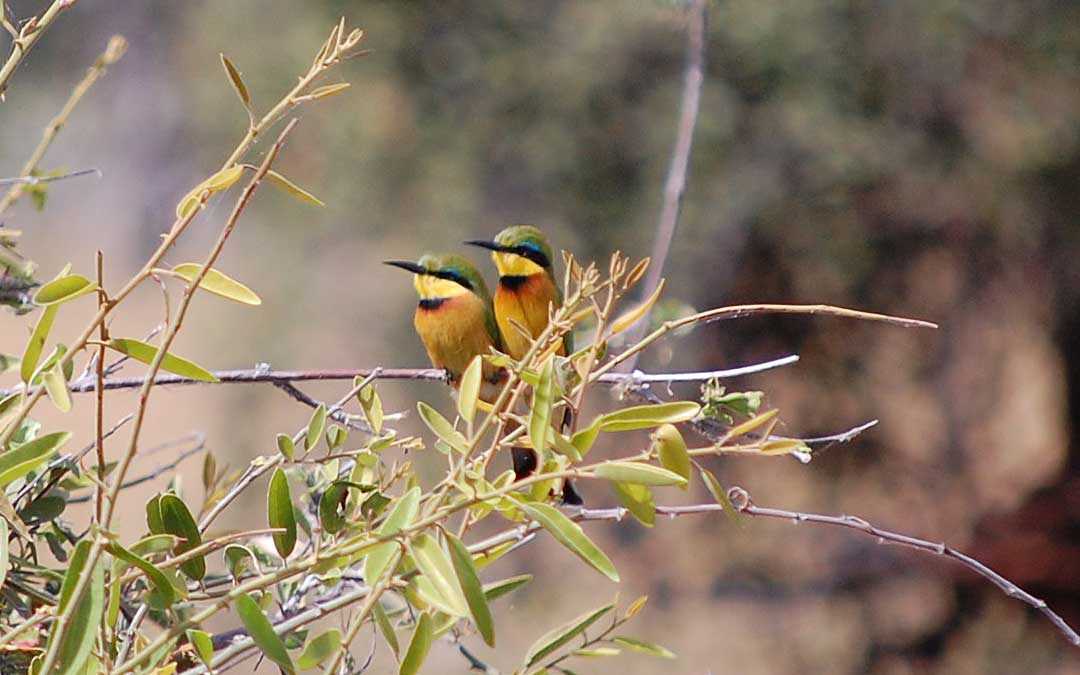 Holidays that include this experience:

Where to stay to for your Botswana birding safari:

Mobile safaris: You can do all of the above by joining one of Letaka Safaris mobiles such as Northern Highlights, or indeed a mobile safari run by other outfits. Read more about mobile safaris here.