Elephant Encounters on a horseback safari

Arriving at Mashatu Game Reserve in the north east corner of Botswana we met our guides, West and David. After being expertly matched up to our horses for the 8 day Tuli Safari, and a brief safety speech, the guides explained that we’d be heading out to our first camp of the 7 nights.

Elephants have been hunted from horseback here as little as 40 years ago and so you get a definitive reaction when you approach them on horses. We were told to keep quiet and follow our guides’ instructions at all times. The guides explained that their aim was to watch these huge mammals without disturbing them, so we would either let them know we were here and let them pass us or we would position ourselves with a favourable wind and being very quiet so we could watch them without their knowing we were there.  Of course it’s not always possible to predict where and when these gentle giants will be around and sometimes this leads to an elephant encounter – otherwise known as a mock charge!  Our guides made it clear that in this case we were to follow the backup guide out and the lead guide would stop the charge with his bull whip.

After our first canter of the afternoon we pulled up and there they were – a big group of pachyderms!  I was in the bush peering through the acacia branches at a group of elephants all munching away on what looked like a very thorny tree. Now how often can you say that, and on horseback too!

West and David positioned us all expertly so that we could all get a good look at this family group. While our horses grazed we were able to take photos and enjoy watching these gentle giants interacting with each other.  Then a young elephant baby spotted us and decided to come investigate close.  His mother quickly called him back to order and with a shake of his trunk and a flap of his ears he went running back to join his herd.

We quietly pick up our reins and continued on our way, feeling privileged to have been so close to such amazing creatures and in the certain knowledge that we’d just had one of the best wildlife experiences ever.

This article is about Limpopo Horse Safaris in Botswana’s Mashatu Game Reserve. You can take horse safaris in other places in Botswana too.

All year around but the best months are from February to November for Mashatu. 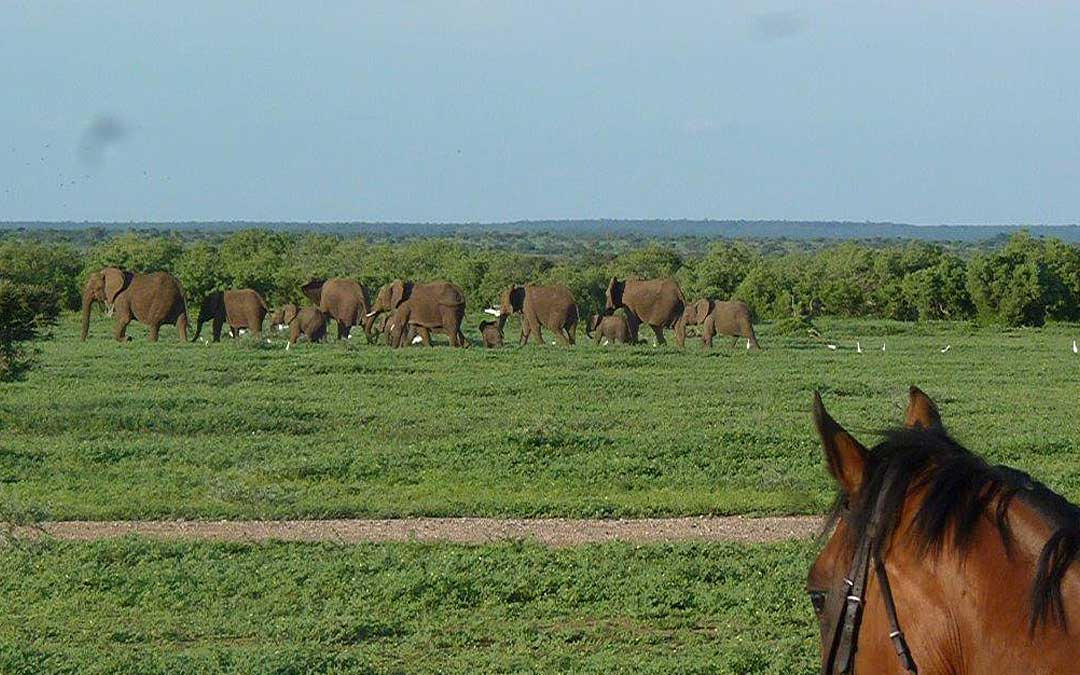 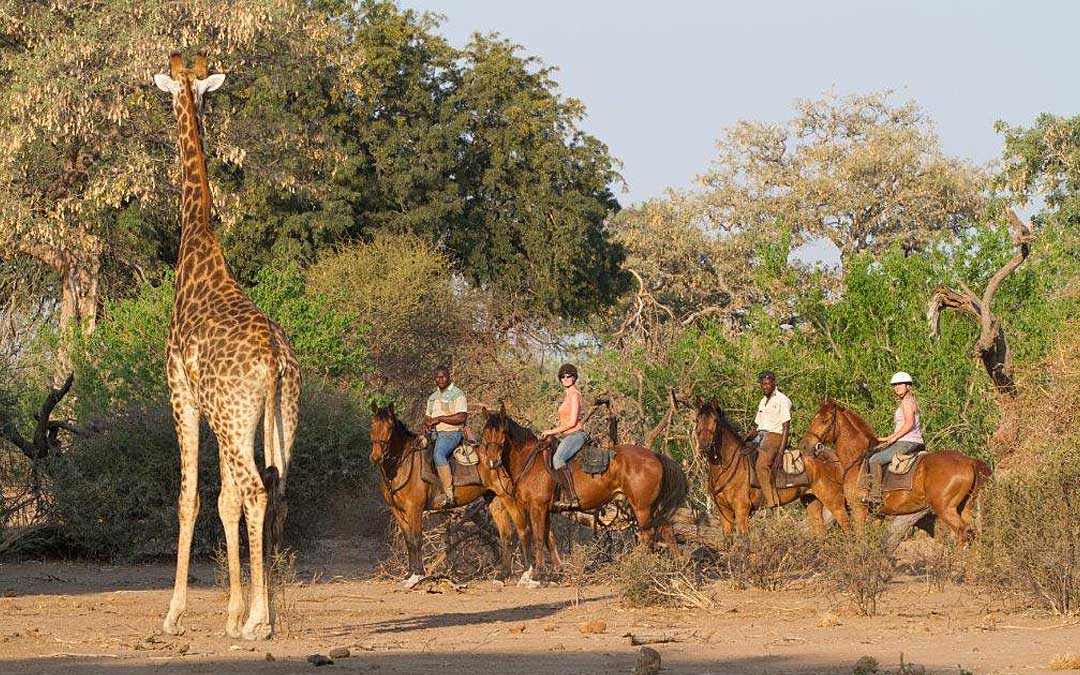 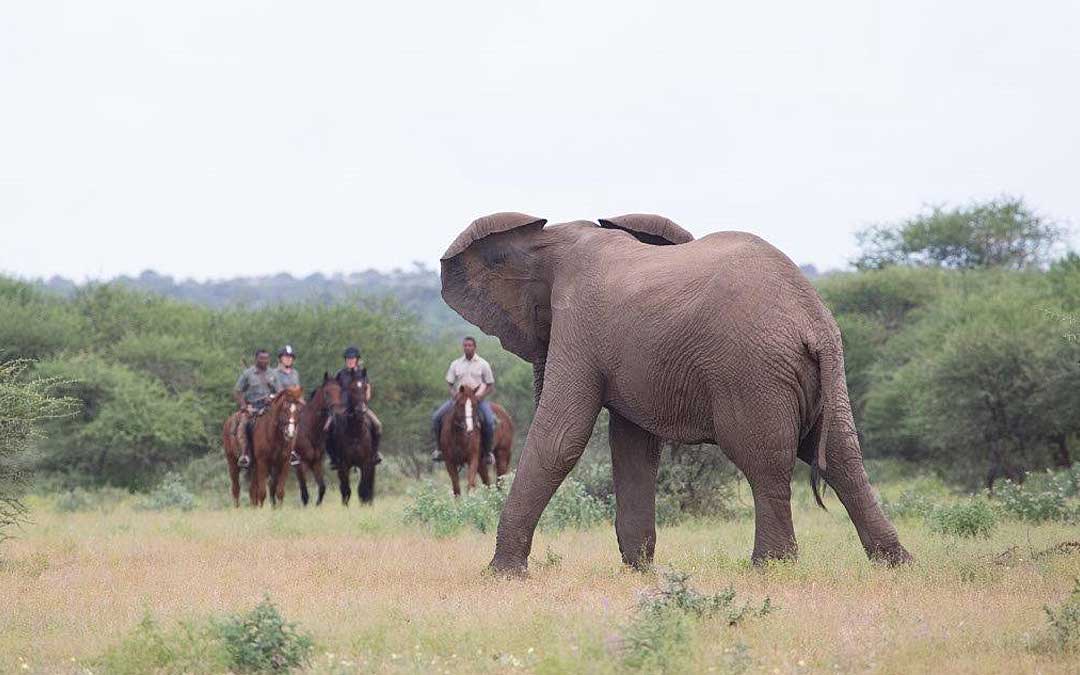 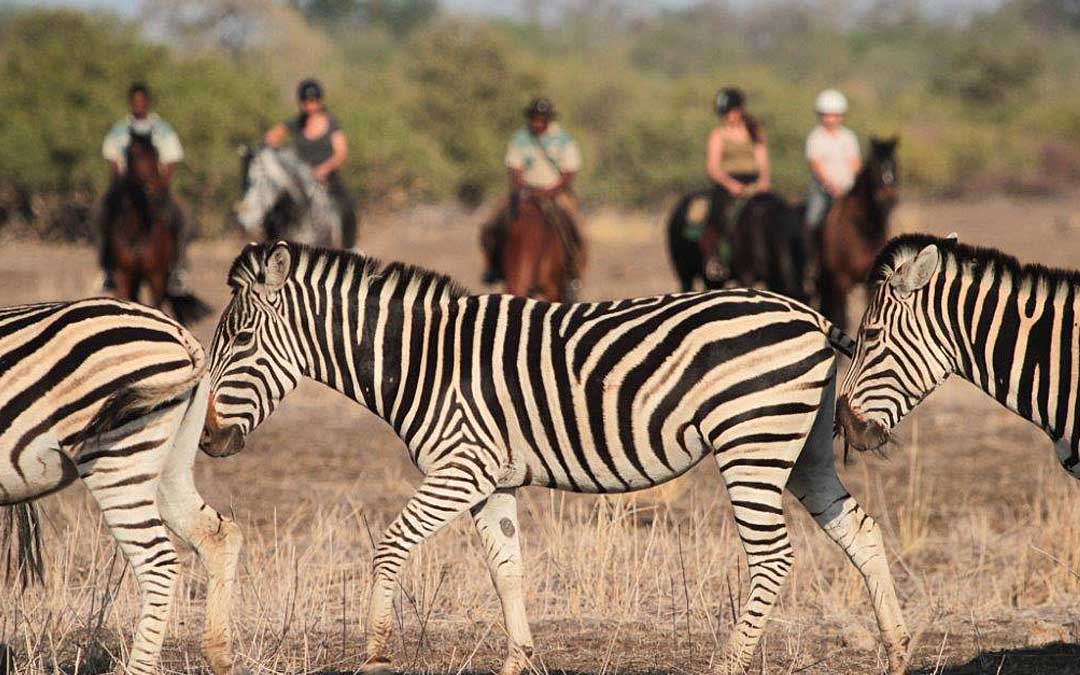 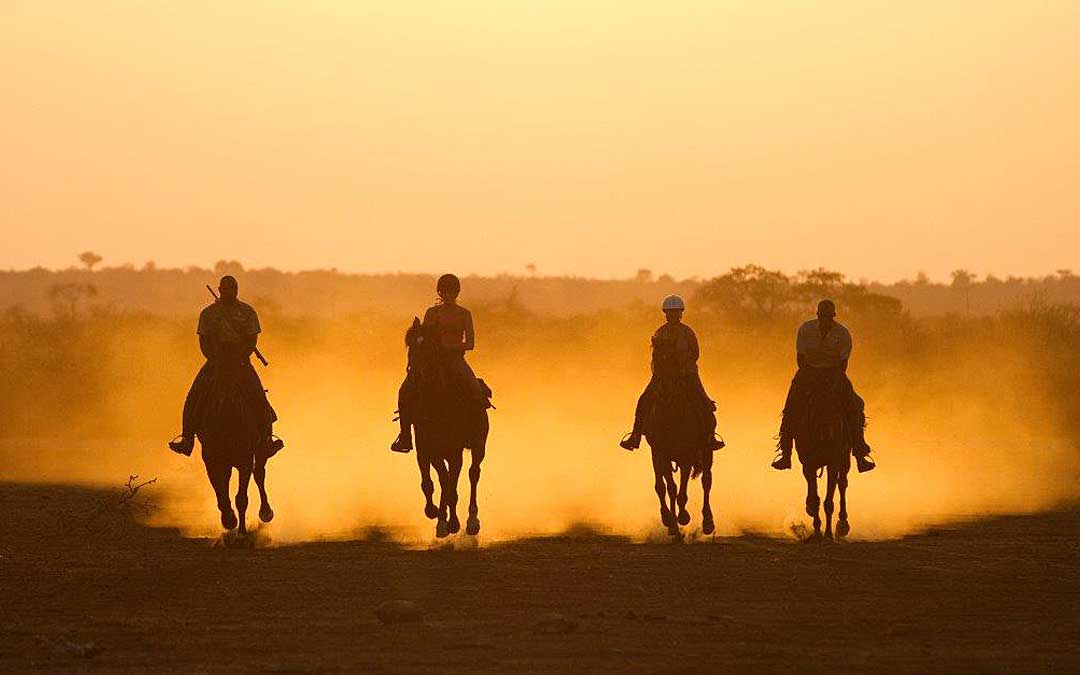 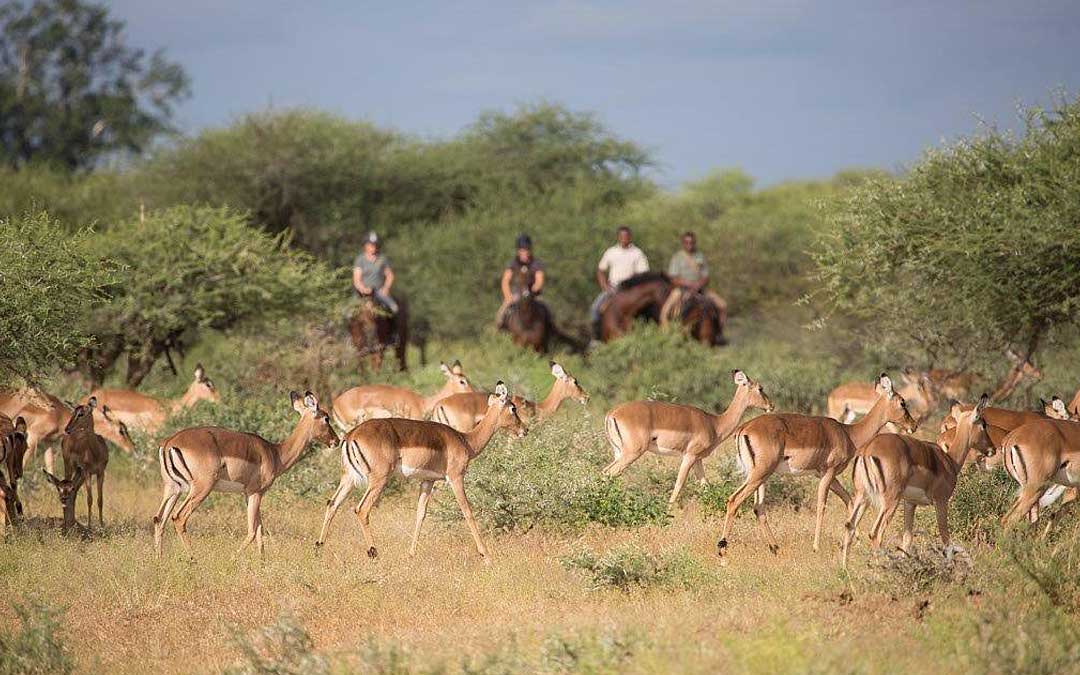 In the Makgadikgadi Pans: Ride Botswana