Tusk Trust, the UK based conservation charity, has been supporting and investing in a variety of successful conservation and education programmes across Botswana for the last two decades.

In 2010 the Charity was able to highlight some of the Tusk funded projects by inviting Prince William, in his capacity as Royal Patron of Tusk, along with his brother, Prince Harry, to visit Botswana. Indeed the Princes chose to kick off their only joint overseas tour by visiting Botswana first before travelling on to Lesotho and South Africa.

“Designed to introduce Botswana’s future political leaders and business people of the importance and value of the country’s unique and beautiful natural heritage”. 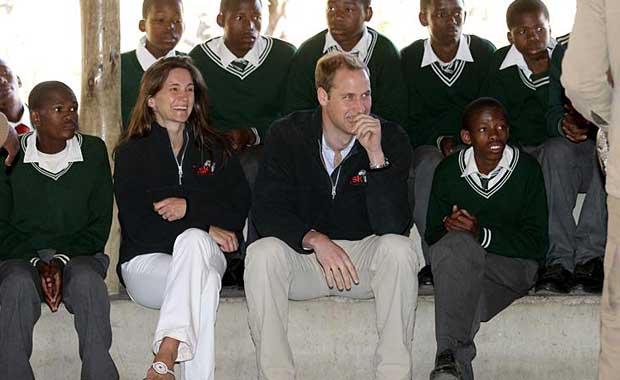 The Duke of Cambridge with Sarah Watson, Tusk’s Director of Programme, visiting Mokolodi Education Centre in 2010

First stop on the royal tour was the Mokolodi Nature Reserve and its hugely impressive Environmental Education Centre, which lies close to Gaborone and hosts some 12,000 children each year on a variety of engaging residential environmental courses, specifically designed to introduce Botswana’s future political leaders and business people of the importance and value of the country’s unique and beautiful natural heritage. For many of the students attending Mokolodi it is their very first experience of the ‘bush’. Covered by an international press corps, the Princes met students before being asked to hold a huge python in front of a class – a moment neither were particularly comfortable with! 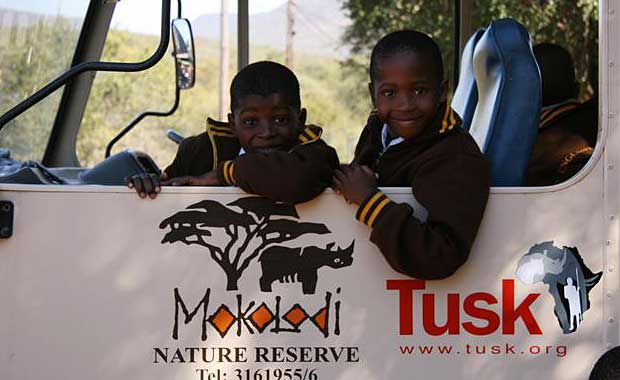 Today, Tusk continues to fund the annual education camps at Mokolodi. The Charity has also become a major sponsor of a new education facility on the outskirts of Francistown called Tachila. Still in its infancy, Tachila aims to emulate and build on Mokolodi’s success.

“Wild dogs will be extinct in the wild in 50 years unless new ways are found to protect them”.

Meanwhile in the Okavango Delta, and founded in 1989, the Botswana Predator Conservation Trust (BPCT) is one of the longest running large predator research projects in Africa and one of only a handful of its calibre worldwide. BPCT research on wild dogs has made it abundantly clear that the health and welfare of the entire predator population is a key indication of overall health of the ecosystem. The Government of Botswana, also acknowledging that appropriate and necessary resource management cannot be undertaken in the absence of accurate information about its natural resources, has entrusted BPCT with the task of leading northern Botswana’s conservation and research initiatives on all large carnivores and their associated habitats. 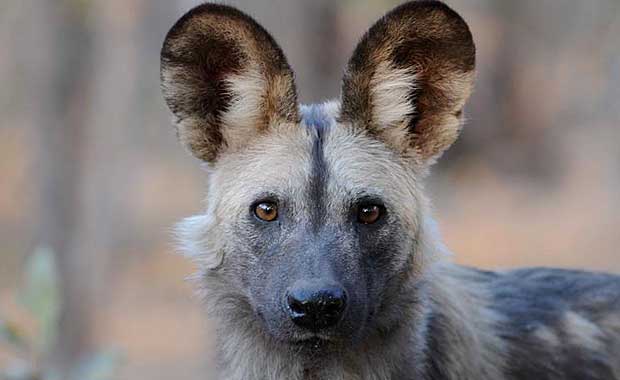 Tusk has been a partner to BPCT for a number of years and as part of the 2010 tour arranged for the Princes to travel into the Delta to stay at the Botswana Predator Conservation Trust’s research camp. The objective was to introduce them to the groundbreaking work being undertaken by Dr Tico McNutt’s researchers to create a ‘bio-boundary’ by mimicking the scent marking of predators. By deploying artificial territorial scent marks, formulated with chemicals identified in natural wild dog marks, along protected area boundaries BPCT will create “virtual” neighbouring packs that will deter dogs from crossing into areas where they are at risk. The stakes are high; population models predict that wild dogs will be extinct in the wild in 50 years unless new ways are found to protect them. If successful the introduction of bio-boundaries could have far reaching impact for conservationists and wildlife managers across Africa. The significance of this work was not lost on Prince William and he has maintained a close interest in the development of the project ever since. 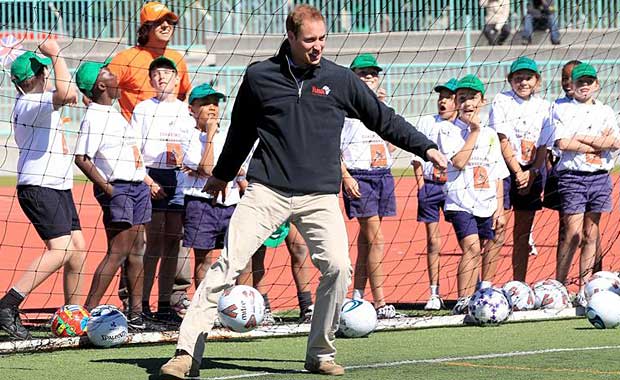 Tusk’s ethos has always been combine support for the protection of endangered species with both education and sustainable community development programmes. And so as a further demonstration of the crucial role education has to play in conservation, the Princes concluded their tour with a visit to Maun Football Stadium where 250 school children were gathered to participate in a Coaching for Conservation (C4C) camp. The brainchild of Lesley Boggs, the C4C initiative focuses on children and stems from the realisation that without the interest of the local young people, the future of the country’s spectacular natural resources will remain uncertain.

Sport inherently creates a fun environment and is a great mechanism for empowering children. The goal of C4C is to use sport to attract attention and make sport synonymous with healthy lifestyles. In its first year the programme started with just one school, but has now expanded to all of the schools in the Maun area, with over 500 children participating in a week-long conservation camp run by over 30 international coachers and educators.

A powerful impact has been created through the collaboration of international coaches, government sports bodies, and specialist conservation educators. They have developed a curriculum that marries football skills to conservation messages through games led by human and animal coaches. When teaching jumping, for example, and the need for agility on the soccer field, the Impala ‘coach’ teaches about his own behaviour and the need for awareness, high jumping (agility), and reliance on the “team” (herd) for survival. Supported by Tusk since 2010, Lesley is now successfully rolling the programme out in South Africa too.

With such innovative and successful conservation initiatives, Botswana’s unique and rich natural heritage perhaps stands a better chance of survival than in other parts of the continent where many species and wilderness areas are under severe threat.